A scientific study: Germany was the plague spreader of Europe, not Italy

A scientific study recently published by the New England Journal of Medicine (NEJM) completely changes the narrative regarding the coronavirus outbreak in Europe.

According to the conclusions reached by the medical researchers, the first case of human transmission in Europe by corona virus occurred in Germany, one month earlier than the outbreak in Northern Italy.

This is an entirely different perspective from the one provided by the international media and basically acquits Italy from the accusation to be the plague spreader of Europe.

The facts about the German cases were already known by the end of January, because The Guardian dedicated an article to this story published on January 30th.

Therefore, why was this case completely ignored by the Italian and international mainstream media?

Had this story been shared before, Italy likely wouldn’t have been unfairly depicted as the main source of Covid-19 contagion in Europe.

Was this the result of an orchestrated strategy to economically hit the Italian peninsula?

To reply to these questions, we must first present the facts.

The research of the New England Medical of Journal

The scientists of the NEMJ have accurately tracked down all the passages which brought the first breeding ground of Coronavirus in Europe.

Patient 1 is a 33 year old German businessman from Munich.

The man was infected with the virus by his Chinese colleague from Shanghai, patient 0, a woman who went to the German city for some business meetings.

It is important to highlight that the woman then wasn’t showing any signs of contagion, so she was an asymptomatic carrier of the virus.

Once she came back to China, she began to show signs of illness and her company promptly informed its German counterpart.

On January 24th, the German man started to show the first flu symptoms such as myalgias, sore throat and chills.

The following day he developed a high fever of 39 degrees along with a cough.

However, on January 27th, the businessman started to quickly recover and healed without showing further illness symptoms.

Once informed of the illness of patient 0, the Munich Division of infectious diseases observed the recommended procedures and put the man in isolation.

Patient 1 then underwent a series of labs, such as the nasopharyngeal swabs and the sputum sample, which both confirmed that he was infected by Covid19.

Despite this, the German businessman was still showing no signs of sickness and consequently turned into an asymptomatic carrier of the virus.

Three colleagues of Patient 1 resulted positive to Covid-19 and they were also put in isolation, but none of them had shown signs of illness.

Basically all the German cases, except Patient 1 in the first phase of his contagion, were not showing any signs of infection.

The scientists who made the epidemiologic investigation provided also a detailed timetable which shows all the passages of the German early coronavirus outbreak.

The timetable of the German cases of Coronavirus

Therefore, Germany was the first country in Europe which had the first human transmission case of covid 19, one month earlier than Italy.

Why didn’t the Italian media promptly report these facts and why did the Italian PM Giuseppe Conte, backed by the Democratic Party and the Five Stars Movement, overlook the German cases?

At that time, the Italian media were basically busy in accusing the opposition parties of racism when they suggested quarantining travelers who were coming back from China.

Had the German cases been presented before, at least the Italian authorities could have considered the option to enforce precautionary quarantines for travelers from Germany.

Nobody took into consideration this solution because nobody has informed the Italian public opinion about what was going on in Germany.

If the German patients were asymptomatic, they could have been in contact with other people who could have had as well contacts with people who live in Northern Italy.

Did the Italian virologists study the German cases as they traced potential sources of contagion with the breeding ground in Northern Italy?

Why did the Italian government underrate the Munich’s situation?

As a result, Italy became the victim of an international coordinated smear campaign which badly affected her reputation in the world, not to mention the economic damages which could turn the economy into an economic recession.

An example of this defamatory campaign can be found in the map shown by the CNN yesterday, which depicts Italy as the source of coronavirus contagion all over the world.

What has happened to Italy it doesn’t seem to be casual, nor the result of mere negligence.

It seems to be a concocted attack to the country in order to trigger an economic recession and possibly the formation of another technocratic  EU led-government, which this time would be represented by Mario Draghi.

This story merits to be the object of an investigation by the Italian judicial authorities, but unfortunately in Italy is hard to find a magistrate available and willing to pursue this kind of prosecution.

Probably they’re too busy in prosecuting who tried to stop human smugglers in the Mediterranean.

This blog is supported by the donations of the readers. If you want to make your own contribution, click below. 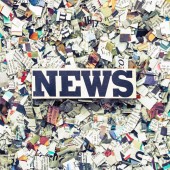